Coach Brent Johnson  pose with members of the team in the youth program Back 2 The Basic. Photo By. Marcus Robinson 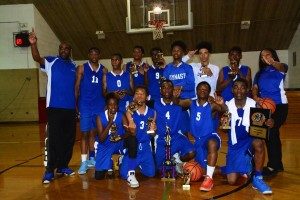 Allow me to introduce you to a real black man known as Coach Brent Johnson and his wife. Together they started a youth organization called Back 2 The Basic. Their mission is to get young black males to believe in themselves and believe that they have a purpose in life. With all of the killings going on in Chicago, many are asking, is there any hope? Coach Brent Johnson and his wife have open their doors and hearts to the forgotten and abandoned black youth. After a recent burglary of his home, he felt like quitting, but he gave it some thought, and just like he teaches his team members to stay in the game, he’s staying in the game to win. For some of the young boys, Brent and his wife are the only family they have.

“My wife and I are committed to the youth in our community. We have taken many into our home and invested quality time, support and love.  This is not just about basketball, but mentoring and teaching life skills through a sport that many of them love. We don’t just give them hoop or hood dreams, we help prepare them for what’s to come on and off of the court. We just want to give young men a chance at life.” 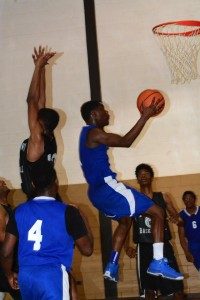 Brent Johnson’s team has won many games with the skills he and his wife have taught these young boys. Some team members have gone on to become very successful in college and in fields unrelated to basketball. Coach Johnson’s home is littered with trophies, some belonging to his children and others to his extended family of his basketball. He coaches team members at the Park on 91 and Eggleston in Chicago’s Princeton Park neighborhood, an area that has seen it’s fare share of violence in recent years.

For more information on how you can help Brent and his wife continue to help these young men of color please contact us here.

Stay up to date with B2B’s latest ventures.

Foster care, geographic neighborhood change, and the risk of delinquency